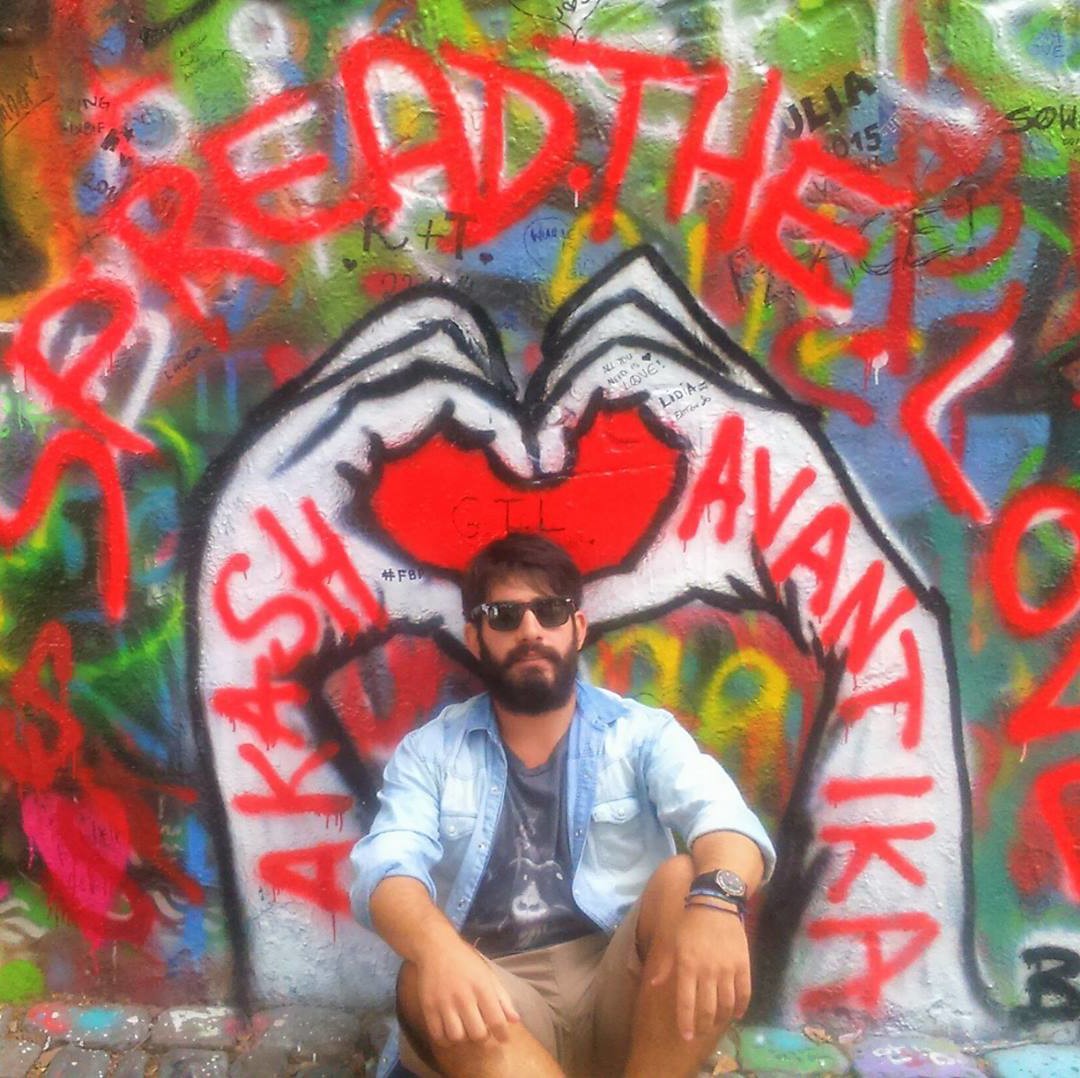 The Beatles or The Rolling Stones? ‘Who’s bigger?’ a question asked all over the world, and you find some interesting answers in Prague. Guest Post by Faca Enriquez

This is the first guest post to be featured on this blog. Faca Enriquez is an Argentinian travelling through Europe. I met Faca in the attic of Sax Hostel in Ljubljana. In the week or so we spent together we failed to make our mothers proud with our washing skills, we rowed boats in Bled, tried every free walking tour we could find (in a few cities we made our own), sang our hearts out at Sziget festival and fell in love repeatedly with eastern European girls. This man has more random and extensive knowledge of music, than anyone I have ever had the pleasure of meeting. So a post about The Beatles and The Rolling Stones couldn’t have been more appropriate!  Hope you enjoy!

Prague it’s a great city, it’s beautiful and full of history. But not so long ago, as many other cities around Europe, things were completely different. The former Seskoslovenská Socialistická Republika kept the city under the communist sphere and there was no legal way for western culture to reach the city. The city lies by the Vltava River, on one side you have the old town, cross over the Charles Bridge to the other side and you’ll walk through to the Castle of Prague. The bridge is full of tourists and with any tourist spot you’re going to find the most expensive, yet pointless things available to purchase in the city. If you are visiting the city, bare this in mind. Just walk across the bridge, soak in its beauty, but don’t buy anything on it or near it. If you walk just 10 minutes away, prices are much cheaper.

One thing I would stop for on the bridge, is the artists that perform on it. And that brings us back to the music and the city of Prague. In a 5 minutes’ walk from the bridge (if you are good at reading maps, if not, you’ll probably get lost and keep walking around for 20 minutes, as I did!) you’ll find what its famously known as the Lennon Wall. This wall is filled with John Lennon inspired graffiti and lyrics from The Beatles and many other artists who talk about the spread of love and peace. During the communist regime it was used by students to protest against the government, in 1988 they clashed against the police on the bridge nearby. You can still visit the wall and see the graffiti, which is constantly renewed and painted over by street artists from all around the world. In 2014, for the 25th anniversary of the velvet revolution, it was painted all white with the text “wall is over”. This was controversial, and after a couple of days it was changed to “war is over” and filled with graffiti again.

One of the biggest attractions of the city is the Castle. I would recommend you visit it, as it has a lot of bohemian culture and history. It’s not only the castle but also the cathedrals, the change of guards and the gardens. Prague is beautiful in the day and much better during the night – we owe this to The Rolling Stones. I know, you’ll probably think I’m just a crazy fan of Mick & co. but let me finish… First we’ll need some brief history; The communist regime in Czechoslovakia was over after the velvet revolution. One of its leaders was a writer, philosopher, dissident and super cool Czech man called Václav Havel. Havel was the first democratically elected president of Czechoslovakia in 41 years, and he remained president of Czech Republic after the Czech-Slovak split. In 1990 Havel invited the Stones to perform in the city. The band was touring around Europe on the Urban Jungle tour, and decided to play in the city for free. The ticket costed about $10 and went to a charity for disabled children under the patronage of Havel’s wife. “Tanks are rolling out, the Stones are rolling in” was the slogan plastered around the city. After an enormous performance for over 100,000 people, Havel and the group became close friends.

During another visit to Prague, having some beers in a pub after the show (imagine how cool this president was) one of the Stones pointed out to Havel that the city had a beautiful castle, but it was impossible to see it at night. Havel’s responce was that he had many other issues to worry about, as it was still a really young country. After they finished the tour the band decided to pay for the lighting system that bathed the castle. They even gave the president a remote control to operate the lights! And that’s how we can all see the beautiful castle at night. So as every cool city in the world Prague has a interesting music sphere and history, and you can still wonder which British band is bigger. In my opinion, Love is strong, and you’re so sweet. If you are interested in this story check this news from that time:

Some other tips in Prague:

Of course visit the Castle.

Don’t worry about the Clock Tower, it’s one of the most overestimated tourist attractions in the world, and if you miss the “show” there’s always YouTube.

Check out some Absinthe bars. There’s one called “Absinthe Time” that serve Absinthe in the original way and you’ll feel like some bohemian in Paris. Just remember they all close around midnight!

If you’ve never seen a Jewish Cemetery, the one in Prague it’s one of the oldest and you’ll be able to see the strange appearance they have.

Try to do the free tours, not only in Prague but in every city. You’ll never get better information about a place in such a cheap and entertaining way. And you’ll also meet some nice travellers!